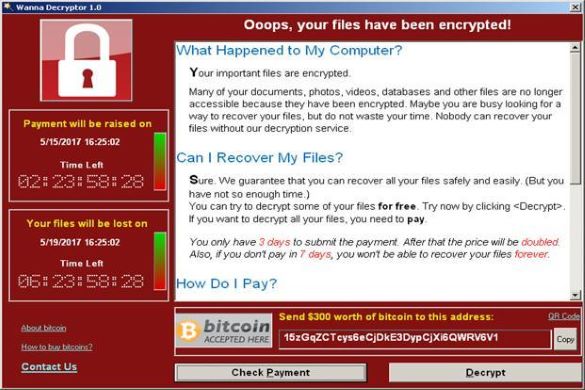 Ransoware is on the rise. In the first three months of 2016, Kaspersky labs report a 14% increase in the incidence of ransomware. So far the most popular ransomware is Teslacrypt (58.4% of attacks), CTB-Locker (23.5%), and Cryptowall (3.4%). In 2015 there were 2,453 reported ransomware incidents in the United States alone, with the crooks extorting some $24.1 million!

Criminal gangs are now able to buy ransomware packages “off the shelf” and then deploy it themselves, passing on a percentage of their ill-gotten gains to the developer.

Once your systems are encrypted, a backup is your only hope. There are a number of attack mitigation strategies, but for the smaller business the expense and inconvenience of implementation is often too high. A low – or even zero cost – option is CryptoPrevent. This uses Group Policy to try to prevent the software from installing in the first place.

The folk over at Bleeping Computer report on  ransomware called 7ev3n which demands 13 bitcoins (around £3500) to give you access to the files it has encrypted. So far it appears to not be too widespread, but give it time…

Once again, the advice is the same – don’t open attachments you aren’t 100% sure of and make sure you have a backup!